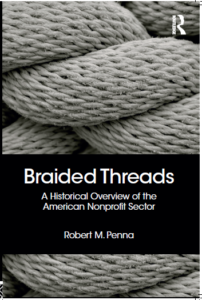 It isn’t something we often think about, but the fact is that we Americans have an odd relationship with history.

On the one hand, we clearly like history, as is demonstrated by the throngs who visit such historically significant sites as Gettysburg and Ford’s Theater, the living museum reproductions in Colonial Williamsburg, Old Sturbridge Village, and the Jamestown Settlement, and every year walk Boston’s Freedom Trail.  We’ve made celebrities out of historians Doris Kearns Goodwin and David McCullough, and we turned Ken Burns’ The Civil War into a nationwide EVENT.

Yet, at the same time we are often strikingly unaware of the history surrounding the more commonplace things around us, things ranging from the brand-name products we use every day and the sports leagues we  so fervently support, to some of the country’s best known organizations and even the sites and buildings that make up our own home towns.  For those of us in the American nonprofit sector, this also applies to the field in which we work.

The United States today supports the strongest, most varied nonprofit sector in the world, an economic force of about $2 trillion, responsible for 5.3% of the nation’s Gross Domestic Product in 2014, and accounting for 10.3% of the country’s private-sector workforce. Roughly three-quarters of all households in America give to charity, with the average household donation being about $2,000 annu­ally. Yet for all this, few Americans -and more specifically, a surprisingly small proportion of the sector’s practitioners- know where this vital part of our social fabric came from, or how it developed and came to be what we know it as today.  More to the point, much of what we’re often unaware of goes to the heart of the sector’s identity and what it does.

Why, for example do we have literally hundreds of thousands of organization we call “charities,” but which have nothing at all to do with charity as we generally understand it?  Why, when we hear the word “philanthropy,” do we think of large entities that give away money, rather than the approach to poverty and need the word originally signified?  How did the nearly universal impulse toward helping others, originally steeped in religious tradition, come to be largely represented by completely secular organizations and institutions? And how did we come to call these entities “nonprofits” when for hundreds of years they were known by other names?

The answers to all these questions and more lie buried in the story of the birth and development of America’s organized benevolence, the story I set out to tell in Braided Threads.

Perhaps more important, however, I believe that it is vital that those of us either working in the field or studying in preparation for a career in the charitable arena be aware of the actual history of America’s nonprofit community.  Unfortunately, because we often do not know the true origins of certain aspects of the nonprofit realm, we labor under misconceptions that leave us less informed than we ought to be when important questions are under debate.  As just one illustration, the famous “Johnson Amendment” is frequently portrayed these days as something that was enacted to protect the nonprofit arena…when the historical record strongly suggests that it was intended as a punishment. This is the sort of thing I believe people ought to know.

Here on this site you can read the book’s Introduction, take a look at the Table of Contents, explore some historical questions at the “Did You Know?” tab, and via the “Resources” tab, acquaint yourself with some of the fascinating source material used in the research for the book.  Additional content will be coming soon, as will a Facebook page where readers can leave comments and discuss things they’ve read in the book.  Finally, at the “Contact” tab, readers can send questions to me directly.

Braided Threads began as a potential chapter in another work, sparked by the question of how and when certain things we take for granted in the sector first came to be.  It soon became a project in itself.  It was a true pleasure to research and write.  I truly hope you enjoy reading it. 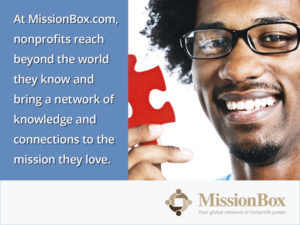 We partner with MissionBox.com, where nonprofits and charities learn and connect.  It is a great site for information, insights, and connecting with other organizations like yours.  We urge all our visitors to click on the link and check it out. 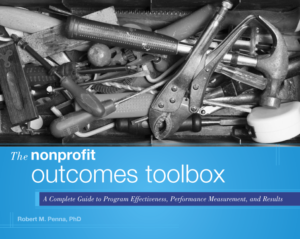